The average council tax bill in Wandsworth will still be the lowest in the country following proposals published today to freeze the council’s own share of the bill.

While the council’s levy will remain unchanged, it is having to pass on increases from other public organisations whose funding makes up part of the bill. This includes the cost of refuse disposal by the Western Riverside Waste Authority.

If agreed by councillors on March 6, bills will go up by 22p per week from April – an overall rise of 3.1 per cent. This represents only the second increase in ten years while many other household costs during this time have virtually doubled.

Borough residents pay around half the council tax bills that other Londoners have to pay. Wandsworth’s Band D bill for 2012/13 was £684, compared to a London average of more than £1,300.

Is Wandsworth Council Tax Too Low? 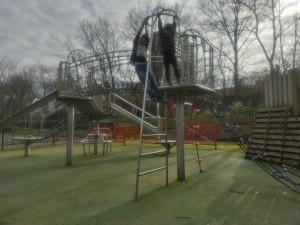 Are Wandsworth shutting playgrounds to keep the tax low?

Critics say Wandsworth has been cutting services to keep the tax artificially low – such as One O’Clock centres, Libraries and Playgrounds. What do you think?