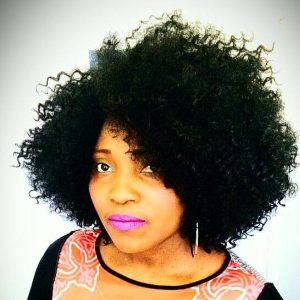 Aspire2inspire Dyslexia is a new charitable organisation in Wandsworth, founded in April 2016 by Elizabeth Kwarteng-Amaning as a response to her dyslexia. She didn’t learn to read or write until she was 15 years old. Bullied by at school other children who asked if she was, “Slow, lazy or stupid?” Clearly, she isn’t, having not only a degree but post-graduate qualifications, but the lack of diagnosis has been a hampering factor.

Although she eventually received support while she was at University, she felt there was a lack of both awareness and one-to-one support for people living with dyslexia. In a written-oriented culture dyslexics struggle with spelling, words, books, and the dreaded form to fill in – most people don’t like filling in forms, but it is much worse when words slip away from you.

So, undaunted, while she was unemployed, she started A2i Dyslexia with £1.25 because she felt the community needed this initiative. A team of volunteers helped out. “They’re really great, I couldn’t have done it without them,” says Elizabeth. The aim of the organisation is to increase awareness of dyslexia within the community and encourage entrepreneurship amongst dyslexic people. The organisation is planning to apply to become a registered charity.

At first, A2i Dyslexia was purely voluntary as Elizabeth felt she had to establish it and show that it works. After a Wandsworth Council Business Forum, she talked to millionaire Charlie Mullins, founder of Pimlico Plumbers, who was supportive. Recently A2i Dyslexia have just been awarded a £8799 grant from Wandsworth Council to implement small projects around the borough, particularly children’s services. Elizabeth says, “It’s very difficult being dyslexic – you feel ashamed and embarrassed. Dyslexia can have an impact on self-esteem and low confidence particularly with respect to reading and writing.” She also points out that many creative people, including Picasso, Cher, Benjamin Zephaniah as well as influential business leaders like Richard Branson are also dyslexic. Perhaps the struggle makes them more determined to succeed. Prolific crime novelist Agatha Christie was dyslexic, so had to contend with it every day, but she managed to write 66 novels as well as other works.

Elizabeth is currently studying for Level 7 Post Graduate Certificate in Dyslexia
Specialist Teaching and to be able to officially assess dyslexia in people, so they can receive the assistance they need. “I want people to be able to fulfil their potential,” she says, “that’s the aim behind A2i Dyslexia.”