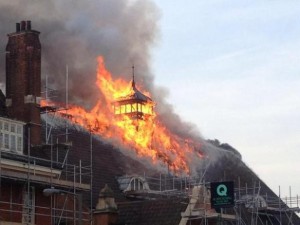 The Battersea Arts Centre (BAC) organised an event about the Grand Hall reconstruction project on the 18th January.

On 13 March 2015, during a major renovation programme (due to finish this Spring 2016), a fire broke out in the roof, and engulfed the building, causing severe structural damage, including the collapse of the tower. The Grand Hall and Lower Hall were destroyed. Firefighters were able to save a large part of the building including several of the smaller theatre spaces (source: Wikipedia). 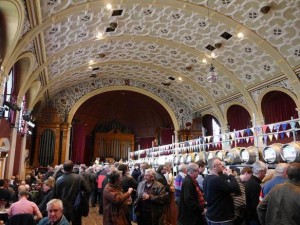 The loss of the Grand Hall had a great impact with losing the ability to hire the larger venues (a significant source of income). The BAC is not looking at changing the previous appearance of the Grand Hall, but wish to take the opportunity to make the space more efficient. An application will probably be submitted in February.

The first few months were spent to clean debris and make the building safe. By chance, the owner of Company Deconstruct UK, who happened to be also a neighbour, offered to work on the deconstruction site, at a cost to themselves. 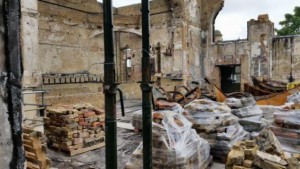 The presentation was carried out by Imogen Long (Haworth Tompkins Architects), the project lead in charge of the rebuild. 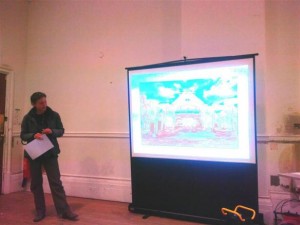 The ceiling and volumes are not reusable, but amazingly one of the window survive and will be able to be used as model in order to rebuild the other windows. 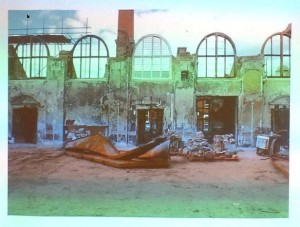 Only one of the windows survived.

She explained that, although they look to rebuild as close as possible to the original Grade II features, a major difference to the new plan is the roof space, where they hope to create a timber lattice, keeping the natural curvature of the roof, but allowing better access to the roof area. It will be also an opportunity to get new thermal and acoustic insulation. The new ceiling should be a “reinterpreted” version with three dimension features. Next year, a new roof should be in place. 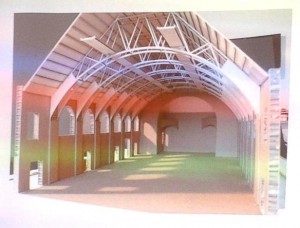 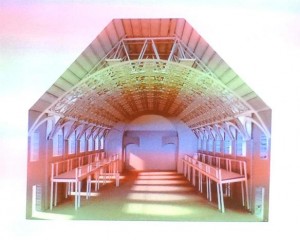 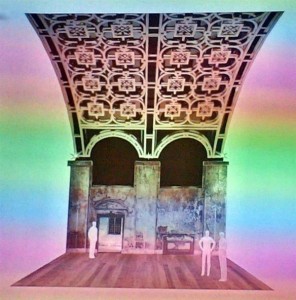 Fortunately, the mechanism of the Robert Hope-Jones organ (believed to be the largest and most complete of its kind in the UK) was off site being restored, but the console, cases and pipes have been completely destroyed. As part of the rebuild Ms Long said the company was looking at placing the instrument at the opposite end of the hall, on the balcony, which was not really used previously. They also plan to create access of the balcony within the room. 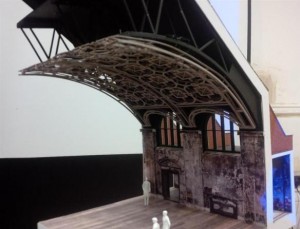 The new layout of the Grand Hall should allow many different configurations with the stage being able to stand at the front, at the back or in the middle. While 7 to 8 days were needed previously to set up the venue for events, only 1-3 days should be needed with the new configuration.

I raised two concerns (overall the project is impressive and with a great quality of work): 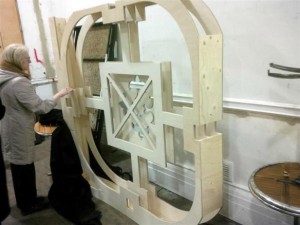 One 3D element of the new ceiling