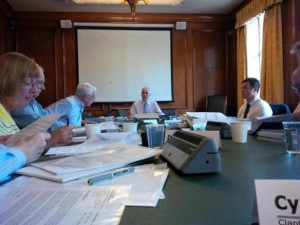 The government inspector in charge of reviewing Wandsworth planning policy submitted his report on December 23rd, 2015 concluded that it “has a number of deficiencies in relation to soundness […] which mean that [he] recommend[s] non-adoption of it as submitted“.

In his interim report at the end of July, the Inspector already recommended main modifications, especially criticising the soundness of the Site Specific Allocation Document saying:

“The introduction of the SSAD sets out its purpose but there are no policies to confirm that development should be undertaken in accordance with the site allocations. Neither is there anything to the effect that planning permission will be granted for proposals that follow the relevant design principles and that have regard to the other criteria.
Without a policy to expressly state that site allocations will be approached in this way the documents as a whole are ineffective.”

In his final conclusion the inspector says (download report here):

“In the light of representations I have made some minor amendments to the detailed wording for the sake of accuracy and soundness. I have also added one further Main Modification discussed at the hearing.”

In his report, the inspector says:

“The evidence is that there is a gross need for 1,600 units per annum which translates into a net need of 634 new units when allowance is made for re-letting existing stock.

The overall target is set at just over 4,400 affordable homes by 2030. This equates to 293 units per annum and would represent a significant shortfall compared to identified needs. However, one of the key findings of the evidence base is that, due to viability, it is impossible for Wandsworth to fully meet its needs within its own boundaries.”

However the current National Policy explicitly says that developments should not be subject to policy burdens that threaten their ability to be developed viably. Therefore, until the Government decides to promote affordable housing, hands are tied and ignoring affordable targets will remains the norm in approved applications!

In an agreement with the Council’s policy, the inspector says:

“Local amenity groups believe that the rules should be “tightened up” but 25% affordable housing will be provided at the Battersea Gasholder site in excess of the relevant minimum. This suggests that the Council’s approach is bearing fruit. Furthermore, if more market homes are delivered than anticipated either by increased densities or by schemes progressing more quickly, the number of affordable homes will increase accordingly.”

Although the inspector acknowledges the modifications proposed by the Council and considers them effective and sound (“the policy has enabled developments of this type to be considered and assessed“), it is interesting to note some criticism in his report, reflecting exactly our own comments:

“57. Landmark buildings are not specifically supported by the policy but tall buildings have nevertheless been permitted in areas where they are “likely to be inappropriate”. This is potentially confusing and if starting from scratch might not have been the terminology that I would have favoured.”

As the Council responded to the Inspector criticism that the SSAD was ineffective by mentioning the document in its Core Strategy, we criticised the wording of the new policy which says the proposals, which do not comply with the SSAD, will be granted permission if they indicate that an alternative type of development is more appropriate.

On the contrary the inspector considers that this permit enough flexibility:

“In the interests of flexibility the second paragraph refers to situations where material considerations clearly indicate that an alternative type of development is appropriate but this does not alter the primacy of the allocation.”

In an unusual way which seems to acknowledge the sensitivity of this policy, the inspector adds:

In conclusion, although we acknowledge disappointment on the overall outcome of the inspector’s report, we appreciate that our arguments, so often dismissed or even mocked by the Council, were properly assessed.

On the main point of Tall Buildings, the inspector agrees that the wording “likely to be inappropriate” is… not appropriate, and that the Site Specific Allocation Document as used by the Council until now is ineffective. No victory to claim bu some comfort here that we did not contribute in vain.