According to the Council’s press release:

“The council responded to this unlawful demolition by launching enforcement action requiring the developer to rebuild it brick-by-brick.

A subsequent attempt to circumvent the enforcement action by obtaining retrospective permission has today (Tuesday) been rejected.

Planners ruled that the developer’s application should be refused because the loss of this important local landmark and prominent historic building in the conservation area would be against the public interest.

The developer will now be required to start work on rebuilding the pub and restoring it to its original condition. “ 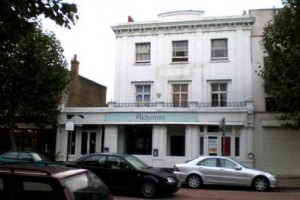 “I spoke to our officers yesterday about the Alchemist/Fishmongers Arms. They are currently seeking legal advice to ensure they have a secure base for the right action. I can assure we are all ‘on the case’.”

In the press release she added:

“In our view the demolition was a very serious breach of planning rules which can only be put right by the complete rebuilding and reconstruction of this important community asset, using the same materials and to the same architectural design.”

As a consequence, it is likely that the developer will have to submit anew application for further amendment to the rest of the building, which means that former planning consent could be re-discussed and amended.