Following May 2014 local elections, and many new councillors being elected (with 6 more Labour) all the Council committees were reshuffled. 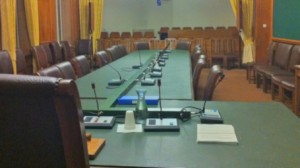 Changes for the Planning Applications Committee

The chair is Cllr Sarah McDermott , in replacement of Cllr Cuff who is now a member of the Housing Overview and Scrutiny Committee. Cllr Jane Dodd, newly elected in Northcote ward, is a new member of the committee; it appears to be a good news after 4 years without a Conservatives representative from the Clapham Junction area in the committee (previously represented by Cllr Martin Johnson) and as the Council approved the controversial Peabody redevelopment (despite de strong opposition of the Northcote Cllr) and we saw a few planning application that raised attention (see here and there).

In order to reflect the increase of Labour councillors, there are now 3 Labours in the Planning Application Committee: although Tony Belton remains opposition speaker, he is joined by two new comers to planning matters , one of them being the newly elected councillor for Roehampton & Putney Heath.

This committee will have to decide on a number of planning applications for Clapham Junction area in the next 4 years, some of them having a huge impact on the area such as the proposal for the redevelopment on the Winstanley and York estates.

They will be likely also to decide whether they approve more towers up to 20-25 storeys near Falcon bridge and Clapham Junction station, as reflected in all current Council’s plans for the regeneration of the area, despite the existing planning policies.

The full list of Planning Applications Committee (PAC) members is:

It is also worth noting the changes for the Strategic Planning and Transportation Overview and Scrutiny Committee as its Chair, John Locker, has been defeated in May’s election.

This committee shares many members with the PAC (Tony Belton , Piers McCausland , Michael Ryder) and will also be talking about the current trend to extend 20mph zones in many residential streets of the borough. The 20’s plenty campaign is lead by Wandsworth Living Street, supported by Labour and the previous Cabinet member for Transportation in Wandsworth Council as well as others, so we might see some move in that direction within the next 4 years