The Architects’ Journal (UK’s best-selling weekly architecture magazine) makes us the honour of being featured as Letter of the Week (edition 02/05/2014). 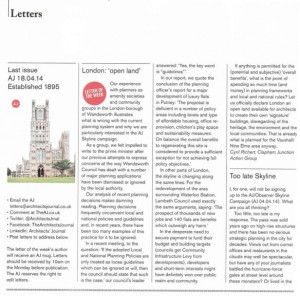 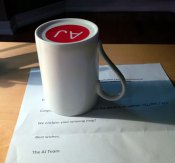 “[…] If anything is permitted for the (potential and subjective) “overall benefits”, what is the point of spending so much time (and money) in planning frameworks and local and national rules? Let’s officially declare London an open land available for architects to create their own “signature” buildings disregarding of the heritage, the environment and the local communities. That’s already what is planned for the Vauxhall/Nine Elms area anyway.”

Filed under: In the press