After 6 months of disruption to local businesses and residents, St John’s Road now has new pavement, which, thanks to the heavy rain is looking much better than back in September 2013. 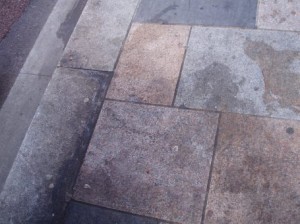 Photo taken outside TKMaxx in September 2013 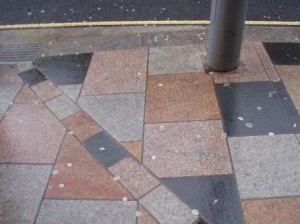 The pedestrian crossing has gone and been replaced by two ‘raised/paved’ areas.

There is a safety issue regarding crossing the road with young children as the traditional curb has been replaced by ribbed paving stones. 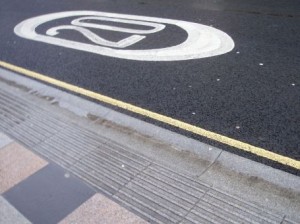 This perhaps is not such an issue with the 20 mph speed limit, but at present, the traffic is travelling at speeds greater than 20mph. 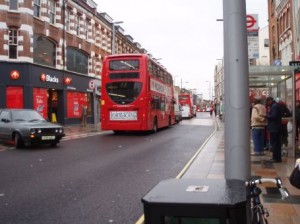 Photo taken outside NatWest Bank, showing that many vehicles are using St John’s Road and ignoring the traffic restrictions. February 2014