More news on the proposals outlined in the Government’s 2013 National Infrastructure Plan, as highlighted by Wandsworth Council press release. 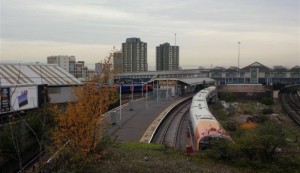 The 2013 National Infrastructure Plan (NIP) includes a commitment to investigate options for improving rail access to the airport from the south. A £1m study will now take place.

The NIP commits the Government to investigating upgrades to the Brighton Main Line which connects Gatwick to Clapham Junction and London Victoria. Plans include a £50m redevelopment of Gatwick Station, a Network Rail study into capacity upgrades and ‘smart ticketing’.

NIP confirms the Government will back the Northern Line extension to Battersea with a £1bn borrowing guarantee. This follows the Greater London Authority, Transport for London and the Battersea Power Station developer signing a vital commercial agreement which clears the way for the Government guarantee to go through.

In addition, Clapham Junction is also on the proposed Crossrail 2 route which would connect the station to the London Underground network. Don’t get excited just now though, it’s only planned for 2025-2030 at the soonest

Filed under: The station