Wandsworth has topped a league table of all London boroughs which show the different levels of economic activity by the working age population across the capital. 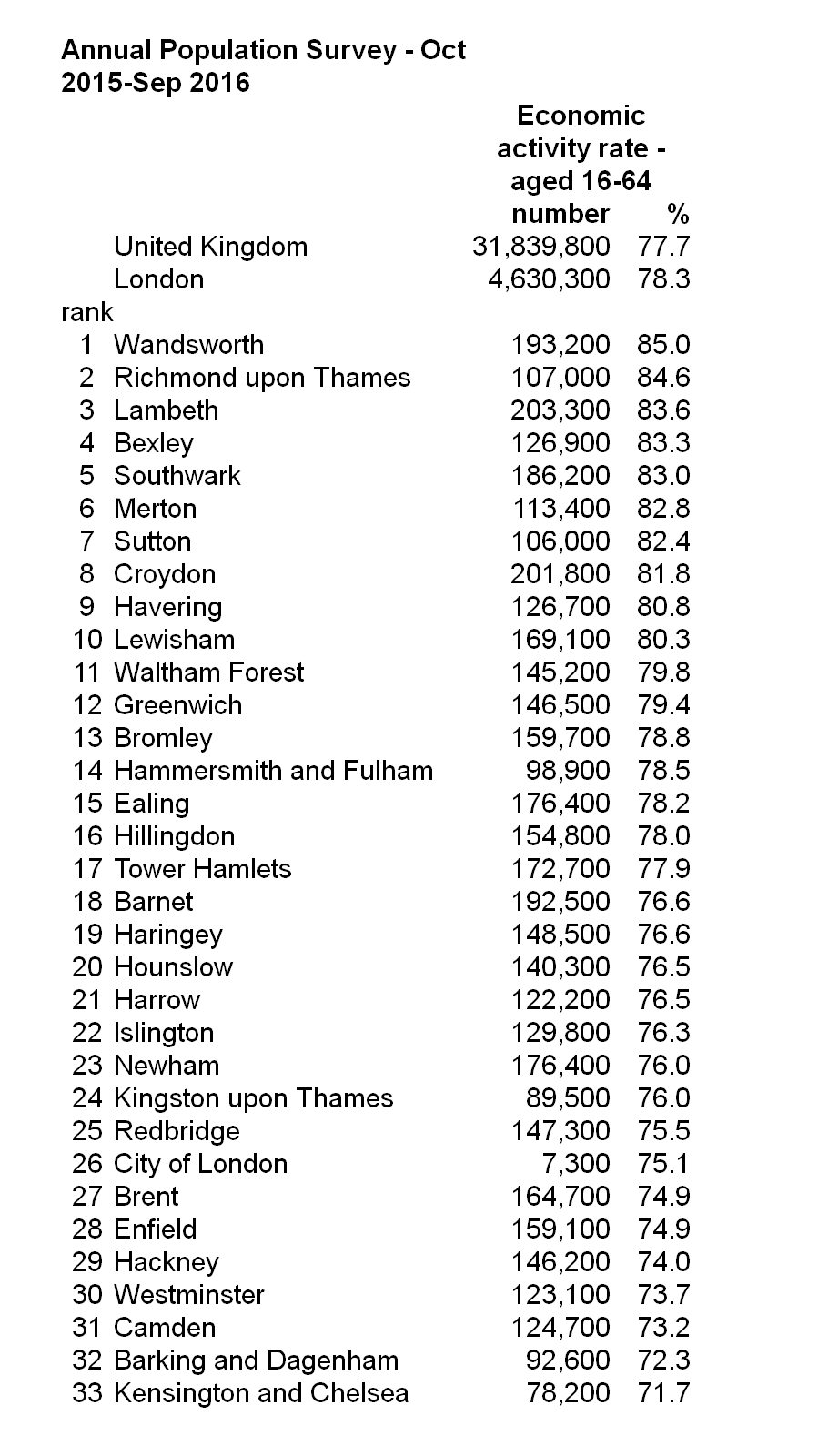 Business based in Wandsworth can access a range of services via http://www.wandsworth.gov.uk/info/200013/business_support_and_advice

The data is for the economic activity rate of those aged 16-64. Economically Active people are those either in employment or unemployed.

The APS is the source recommended for employment-related statistics, such as estimates of the number of people in employment or unemployed.